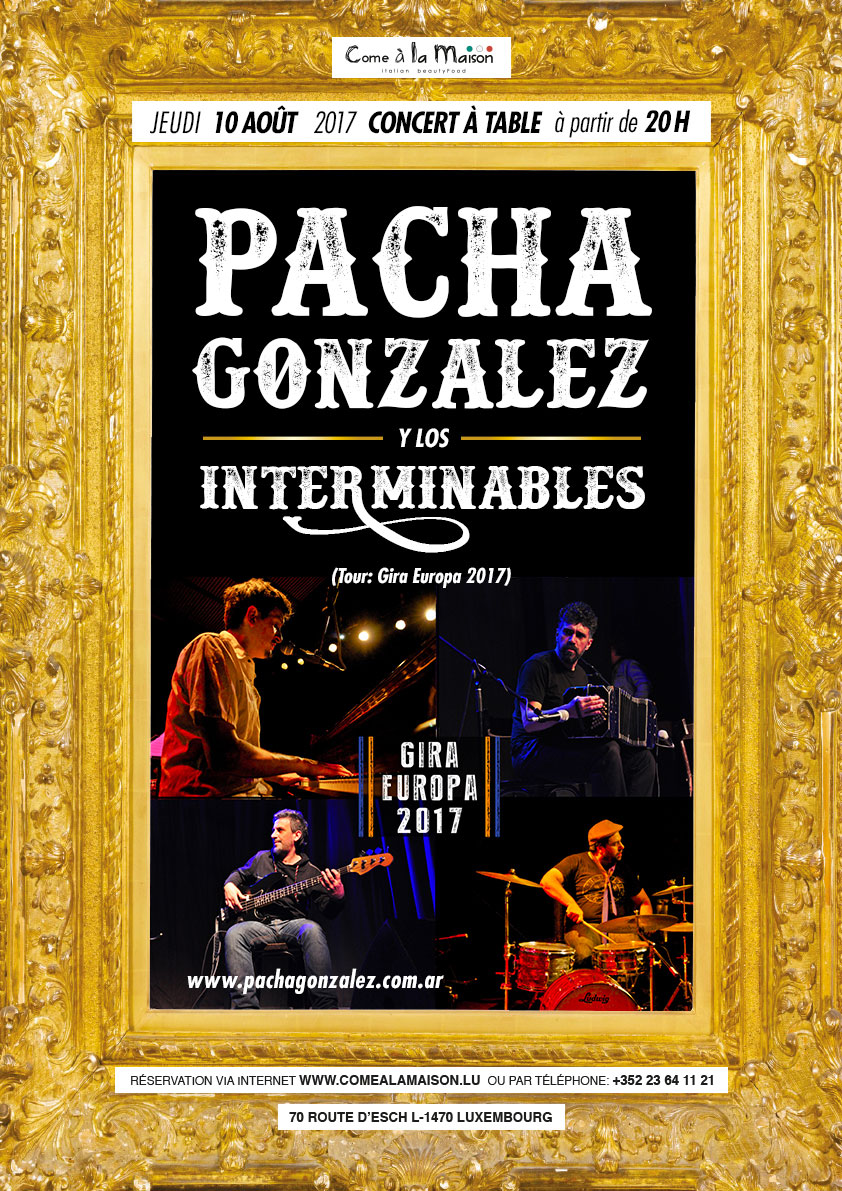 « Pacha González is one of the most performed composers of the new tango scene of Buenos Aires. With his group, Los Interminables, was presented at the most important festivals of Argentina, including the Festival de Tango de la Ciudad de Buenos Aires.
In April and May 2016 Pacha González y Los Interminables made a European tour, playing in 18 cities in Germany, Belgium, France and Netherlands.
Pacha Gonzalez has two albums released El tango interminable 2015 and Alma de rejilla 2012. His songs like pictures of current city, of love and loneliness; where humor and poetry mixed naturally. Quartet formation of Los Interminables, gives a solid rhythm and sound that respects the tradition of tango, yet is completely new. «